Memories of some remarkable sports figures 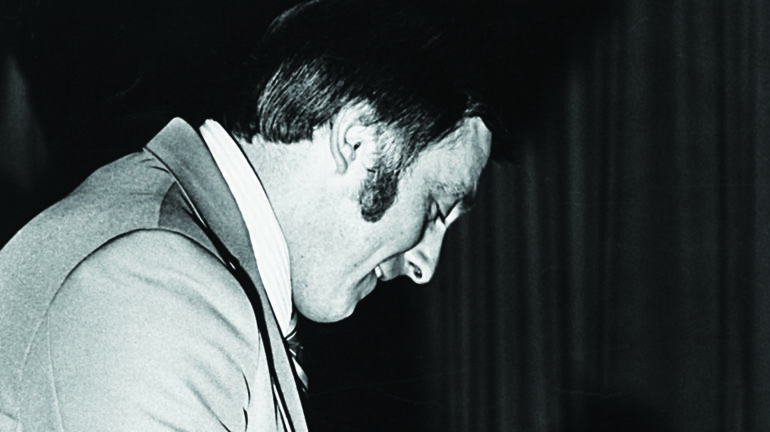 When you get old  – and I am old –  the axiom is that at some point all you will have left are memories.

The problem is remembering them.

Old age is characterized by memory problems, but some of it I honestly think comes from the fact that when you get old you have a lot to remember.

Anyway, I sometimes marvel that I am nearly 72 and said as much to my oldest son the other day. He’s in his mid-40s. He laughed and said, well it is something to look forward to! He always was a mischievous child. But I have a wealth of memories and can only share them so I will, a few at least.

I was a sportswriter throughout my career as a journalist although it was not always my primary job. Covering high school sports was some of the best times I ever had.

One memory involves the 1974 Calhoun High School baseball team which won a state championship. I dubbed them the Cardiac Kids because of their penchant for coming from behind to win. But they were a team of destiny.

Early in the season they went to Florida to play a series of games. One day their coach, Phil Robbins, noticed them sitting at a table laughing loudly.

He walked over and asked them what they were carrying on about, and one of them said, “We are talking about how we’re going to celebrate the state title.”

And they had many memorable games, but there is one in particular. It was against Coosa in the playoffs, and the opposing pitcher was Mike Glenn.

Glenn was one of the more remarkable athletes I have ever seen. He was all‑state in baseball and basketball (he still holds the Coosa scoring record of more than 2,400 points).

He went on to a stellar career at Southern Illinois, where he played basketball and majored in mathematics with a focus in computer science.

From there he played pro basketball 10 years including four with the Atlanta Hawks. Today he is a commentator on Fox television broadcasts.

But you could see a lot of his future success when he was in high school. In addition to his athletic accomplishments, he never missed a day in 12 years and was an honor student. Needless to say he was a formidable high school pitcher.

That day in a game at Calhoun it took everything the Yellow Jackets could do to beat him. While my recollection of a game nearly 50 years ago is a little sketchy, I think Calhoun won in extra innings when a right fielder hitting below the Mendoza line (if you don’t know what that is you are probably not reading this) laced a double down the right‑field line to drive home the winning run.

The thing that really struck me about the game was something a Calhoun player said while it was going on. He said that Glenn remembered every pitch to every batter. If someone got a hit off of one of his pitches then that batter likely never saw that pitch again, but if the batter could not handle a pitch then that was what he got. It seems like Glenn had a little bit of Greg Maddux in him.

Glenn is not the only prominent sports figure I have known. I saw Dominique Wilkins at UGA play a game against Auburn and Charles Barkley.

And I met Hank Aaron and Phil Niekro and Paul Anderson at a Georgia Sports Hall of Fame banquet. And there is Rick Camp, the late pitcher for the Braves. I saw him pitch a game for Trion against Adairsville (he won). I kidded Phil that his brother Joe, also a great major league pitcher, said that Phil might be the better pitcher but he was better looking. He didn’t think that was very funny.

But one of the more memorable events I ever saw came at a Braves game. They were playing San Francisco in the old Atlanta-Fulton County Stadium. At one point Hank Aaron hit a home run and I along with my ex‑wife and many others stood up and cheered.

Then later Willie Mays hit a home run and I and a few others stood up and cheered again. But not my ex‑wife, who gave me a dirty look. I shrugged my shoulders and said, “It’s Willie Mays.”

One of the most unique individuals I ever saw was Graham Woodell, the legendary basketball coach at the old Cave Spring High School.

Woodell, who died in 2003, was one of the greatest high school coaches in Georgia history. In his 29 years as head boys and girls basketball coach at Cave Spring he won 1,067 games which still ranks as the fifth most all‑time in Georgia. He was successful coaching boys and had a 351‑240 record, but it was as a girls coach that he was most outstanding. His 669‑144 record included one undefeated season.

What I remember most about him was how animated he was on the sidelines. Basketball coaches tend to be that way.

I don’t know why.

But there are two incidents that illustrate just how animated he was. In 1972 Cave Spring played Greater Atlanta Christian’s girls in the state Class C semifinals. This was in the “rover ball” era (1971‑76), a transition phase from 3‑on‑3 to 5‑on‑5 in which two girls on a team could run the floor.

In 3‑on‑3 basketball each team has three players who play only on one end of the court and three who play on the other. No player could cross the half‑court line. In addition the standard shot was a two hand set shot so the games were low‑scoring. A typical girls game might be 30‑28.

But the 3‑on‑3 game had one weakness, defense. A defender could not touch an opposing player. It was a foul. And a team could at most triple‑team an offensive player, but they did so at their peril because it left two other players open.

This weakness was glaring when a team had an outstanding shooter, particularly a girl who could shoot a jump shot such as Freda Hunt at Red Bud. She scored more than 4,000 points in her career (1961‑65), averaged more than 40 points as a junior and a senior, and once scored 86 points in a game.

But the driving force for the change that led to 5‑on‑5 was a growing recognition of the athletic abilities of girls. Some opposed the change including Woodell, who once said that girls were not physically capable of playing 5‑on‑5 basketball. I wonder if he ever met Teresa Edwards.

But his game against GAC had to have been an eye‑opener. GAC won the game 58‑50 largely on the heroics of a player named Cindy Brogdon. She is one of the greatest girls basketball players in the history of the state and went on to star at Tennessee, in the pros, and in the Olympics.

She was very athletic. At one point in the game Brogdon, who was a rover, inbounded the ball but instead of passing it to a player on her end she threw the ball the length of the court to a forward who laid it up and in.

Woodell went ballistic. I am sure he had never seen a girl who could do something like that. But when she did it the second time he completely lost it, lay down in front of his bench and he beat his fists in the floor.

I heard this from someone who saw the game, but the second incident, which I personally witnessed, came in a region playoff game against Fairmount at Cave Spring.

Fairmount had a good team and in the first quarter raced out to a double‑digit lead. Woodell grew increasingly frustrated on the sideline and finally called a timeout.

But instead of huddling with the girls in front of the bench he took them back into the locker room. We could hear muffled yelling out on the court. When they came out they were a different team, soon overcame the deficit and went on to win.

He had an outstanding forward named Bonnie Tate Doss, who was the first girls basketball player in Georgia to receive a full scholarship, at Georgia Tech. She is in the ACC Hall of Fame. After the game I asked her, what did coach Woodell say to you girls in the locker room.

She smiled shyly and said, “You don’t want to know.”