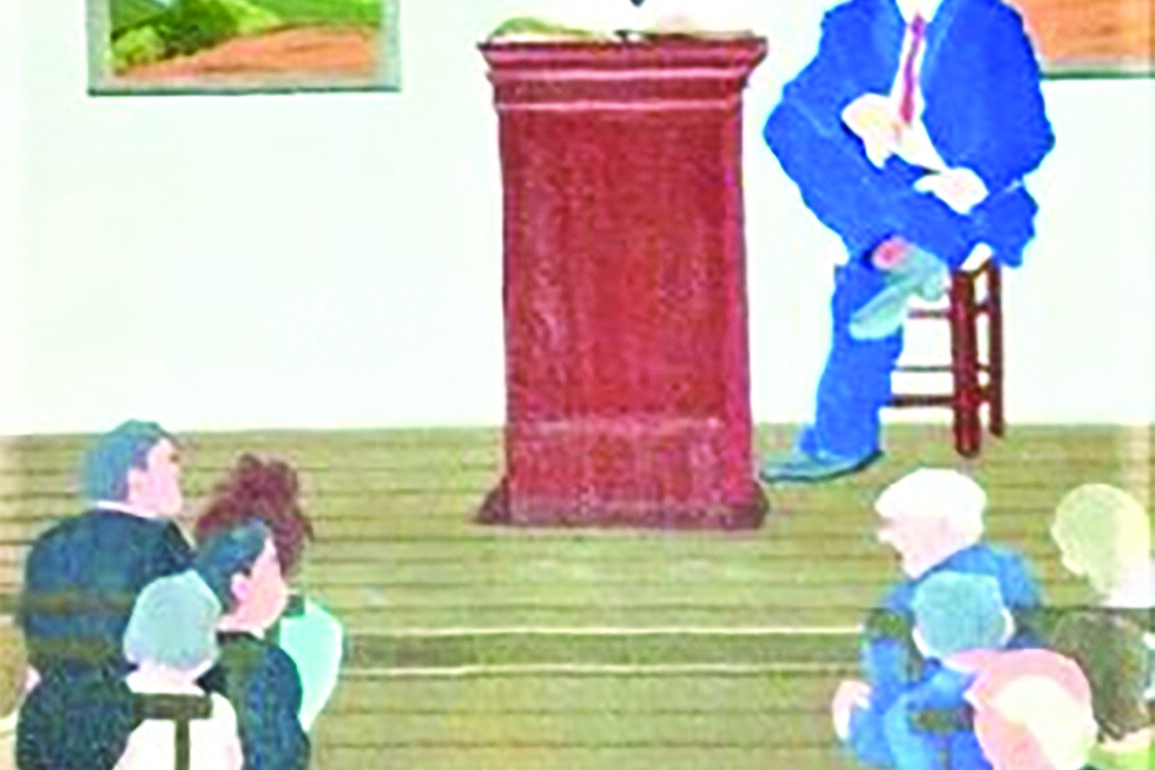 Charlie Leatherwood was not a haughty man. He was humble and sincere as a robin singing in springtime. From my mountain town of many years ago, I can still see him perched on a pew, sitting alone, part of an assembly of about 32 worshipers.

Each pew in that sanctuary was austerely structured. They were held together by faith, hope and wads of chewing gum stuck beneath and between the slats. The assembly’s outsider interim minister, a thin, wiry young man, was in one way much like that chewing gum—he was the glue sent to hold together this assembly of fractious worshipers.

But Charlie was different from them. He was hush-mouthed, open-minded and a rock steady attendee. Charlie Leatherwood was a permanent fixture in that pew at the back of the Tabernacle Freewill Worship Hall. If the doors were open, he was there with head bowed, hands in his pockets.

Charlie’s pew was about arm’s length from the back wall, a knotty, rough pine-boarded surface that had never seen paint. About eye high on this wall, immediately behind the pew, was a horizontal board with spaced out 20-penny nails on which coats and hats were stored. On entry to the sanctuary and looking right, Charlie Leatherwood and that coat hanger board could not be missed. Folks would scooch in between that wall and Charlie’s pew to hang their coats. Some exchanged small talk with Charlie. Most didn’t and gave him only a quick nod.

I recall the time when The Tabernacle was embroiled in a sticky situation that underhandedly involved Charlie. Resolving the situation seemed simple, but things got out of hand. The matter gripped the membership, hamstrung their fragile fellowship and tested the interim minister’s patience. Specifically, the issue regarded the location of that coat hanger board at the back door near Charlie’s pew.

At a called meeting of only male deacons, the matter had first been brought forth. The presenting deacon was the confidant of a frugal, wealthy widow and generous contributor to The Tabernacle. She wanted the pastor and all deacons to know she did not like where the coat hanger board was presently located. She felt strongly that it should be moved to the left side of the entryway.

Her deacon friend argued arduously on her behalf, contending that by relocating the coat hanger board to the left side of the sanctuary entryway, several unsightly knotholes could economically be concealed

.
This was a guise. Her true goal was to get Charlie Leatherwood gone from everyone’s sight. She despised him and his scruffy appearance. The thought of congregants entering the sanctuary and seeing Charlie first, seated in that back pew, really infuriated her.

In several subsequent Deacon Meetings, various ostensible reasons for moving the coat hanger board were at length debated. But no resolution could be reached. When informed of the stalemate, the membership’s ears perked up. They became fascinated, engaged, and then stubbornly entrenched into binary positions. They were either strongly for or strongly against moving the coat hanger board.

Like a wildfire, word of the controversy spread throughout my small mountain town. Members of other community churches were intrigued by the standoff. They murmured with their own assembly members, and to themselves snickered at The Tabernacle members. When encountering a member of Charlie’s place of worship, they’d look down their nose at them and ask, “Whose side you on? Are you a ‘Knothole’ or a ‘Not Knothole’ member of The Tabernacle Freewill Worship Hall?”

During the assembly’s discord and disunity, Charlie didn’t seem to even know a squabble was going on. If he cared about the matter, one way or the other, he didn’t let it show. Just being able to attend, sit alone on the back pew and worship Charlie counted a privilege and a blessing.

Few people in the community or even The Tabernacle membership had taken time to know Charlie Leatherwood well. They didn’t know he battled personal demons, the consequence of soldiering in that war to end all wars.

Unfortunately, Charlie had one demon that always came calling when he wasn’t busy working or was seated in that back pew. He unconsciously dealt with that demon in a most peculiar way. Charlie Leatherwood jingled change in his pocket.

The Most Famous and Forgotten Gordon Countians – Will & Maurice Thompson

Nonstop, loud and sporadically he jingled coins, keys, nail clippers or whatever he carried in his pockets. At worship service Charlie jingled them from the beginning of the first hymn through opening prayers, the young minister’s sermon, altar call, on through Benediction and even while slipping out the back door after the services ended.

But no member dared voice their displeasure with Charlie’s eccentric habit. After all, he was a war veteran, due respect and a tad of tolerance. Besides that, they now had a more worthwhile preoccupation to be concerned about—the Knothole/Not Knothole coat hanger dispute.

So Charlie’s jingling habit was ignored and accepted by the congregants. Unaware and never condemned, he jingled his pocket change constantly, erratically and in harmony with no tune known to man or God. His clanging noise was cognizant only to The Tabernacle’s young minister and an occasional visitor. Time marched on.

***
It happened about a year after the Knothole/Not Knothole debate had started. The Tabernacle Freewill Worship Hall was struck by lightning. The entire structure burned to the ground. A new building was never built back. The Reason: No agreement could be reached on where a hat and coat hanger would be placed.
The Tabernacle membership dwindled. Members joined other places of worship, taking with them their unyielding biases. Charlie’s only living parent, his dad, subsequently passed away. He left Charlie a nice sum of money. Charlie joined a well-heeled, spacious but poorly attended church, where during worship services he sat alone in its balcony. There he continued to jingle his pocket change.

It’s been more than 60 years since Charlie Leatherwood sat on that back pew in The Tabernacle Freewill Worship Hall. A few years ago he went on to meet his Maker. I often wonder if he jingles his pocket change in Heaven.

Source: This story is based on one shared with the author by Reverend Paul Culpepper of Blue Ridge, Ga., 40 years ago. Reverend Culpepper was the interim pastor at the “Knothole Church” in Reliance, Tenn. 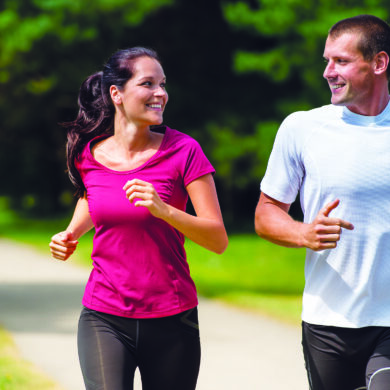 Top tips to help get ready to start running