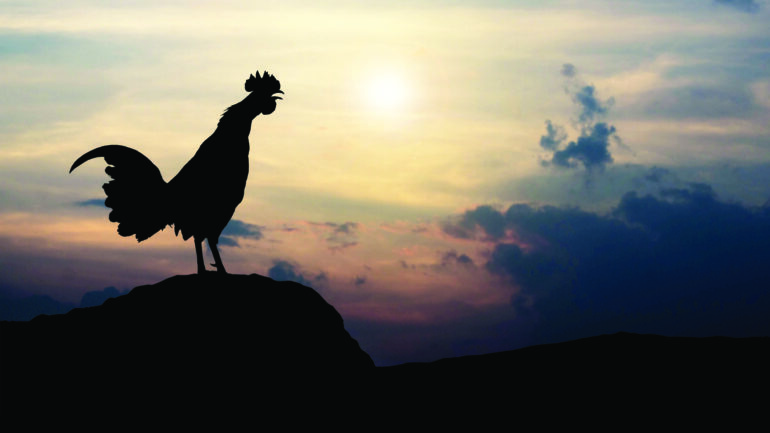 I’d come to the mountains to self-quarantine in March of 2020 after returning from a vacation in Portugal. The house I was building was ready, at least enough for me to live in.

I had doors, windows, major appliances, lights that worked and most of the utilities. It was empty except for a few pieces of furniture and a mattress waiting for a frame. Boxes filled the garage and my to-do-list was a three-inch binder of ideas, sketches, DIY advice and pages torn from magazines. The idea was for me to hunker down and tackle the list one day at a time until the house was finished. (I’ll let you know if that day ever comes).

Within the first week, I strayed from the cut, build, hammer, hang, assemble and arrange plan when I found a stack of business cards. We’d met The Tree Guy (not his name) at a Blue Ridge house tour and told him we’d call when we were ready to “cut in the view.” I had some idea of what lay beyond the hardwoods and pines after staring at it for hours every day, but I knew no matter how many YouTube tutorials I might watch, I was never going to be a lumberjack.

As a birthday gift to myself, I placed the call and the crew (who never referred to themselves as lumberjacks- that’s all me) arrived with chainsaws, ropes, harnesses, spikes and a lot of courage. Bird song was soon replaced by the whine of a bevy of Stihls, the growl of a hungry Husqvarna. I watched amazed as trees fell away, shaking the earth and the mountains came into view.

By the end of the day, as we shared a cold drink and admired the panorama, one of the guys, the veteran tree climber, remarked that my land was pretty buggy. “You need some chickens. That will solve your problem.”
At least I think that’s what he said. His accent was as thick as the bugs on my land. I told him I was planning on having chickens at some point, a nice little coop and yard. He brushed this off. “You don’t need any of that. Get yourself some game hens, let them free range.”

The other men seconded the idea and suddenly I was negotiating for a flock of hens and a rooster, another birthday gift to myself. Turns out the veteran tree guy, Frank, also raised chickens.

The next day, a dusty pickup truck barreled up the ridge with Frank hanging out the passenger window and a guy behind the wheel who could have passed as 1975 Greg Allman.

They dropped the tailgate and placed a bale of hay, an almost empty paper bag labeled 5-way Scratch and a 2-by-3-foot metal cage on the ground. The cage rattled with a flurry of beaks and feathers. Before I had a chance to change my mind, Frank opened the cage and 10 squawking, camouflage-colored hens pushed through the opening and made a beeline for the woods.

Meanwhile, the wide-winged rooster, a good half-foot taller than his harem, appeared to be stuck in the cage. As the bird fussed and flapped calling to the ladies who had deserted him, the men exchanged a look that might have been: I’m not putting my hand in there…again.

Using a combination of gravity, manipulation and distraction, Frank was able to grab the gamecock’s legs and yank him free.

Hanging upside down, the rooster settled quickly. “Yep. He’s young, but he’ll do,” Frank said, raising his arm and we all nodded at the dangling bird. The men might have been musing on their own youth when they were the biggest rooster in the cage, while I was wondering if this pretty bird might be embarrassed getting manhandled in front of his girls—not that they had stayed around to see the show—which got me thinking I might have put wings on my money.

“What about the chickens?” I asked pointing to the acres of woods that seemed to have swallowed them up.
1975 Greg Allman smiled. “Don’t worry about them. They’re more at home in those woods than we are.” He tossed the cage into the truck and Frank released the rooster who took off running, crowing for his flock. His long green tail feathers reminding me of Portugal, of the sign the tour guide in Sintra had raised to gather us into the castle on the hill.

The men disagreed which hemlock the flock would roost in but agreed that if I didn’t want to hunt for fresh eggs, I should put small piles of hay in safe, covered areas near the house.

When Frank tossed a handful of feed on the gravel drive and called, “Here, chick. Here, chick-chick,” his voice was surprisingly gentle, almost feminine. He shoved the bag at me and I followed suit, calling my chickens home.
The green tail feathers appeared first, poking up over the ridge. Within seconds, the entire flock was at my feet, clearing tiny pieces of corn, grain and seed, beaks tapping as they made happy noises that I’d later learn were called purrs. I watched, mesmerized by the sheen and color of their feathers, in awe and a bit disgusted by the gray and yellow spindly legs, their feet with long, dirty claws.

As the men drove away, wishing me luck and shouting last-minute instructions, I wondered what I’d gotten myself into. Two weeks ago, I’d been sipping wine on a sun-drenched patio in Cascais, before taking the precarious trek along rocky cliffs to gaze into the Boca do Inferno.

Today, I stood outside the house that I’d spent a lifetime dreaming of and years building. Today, I would celebrate my birthday alone for the first time in my life.

Yet, I wasn’t really alone. I had my flock.