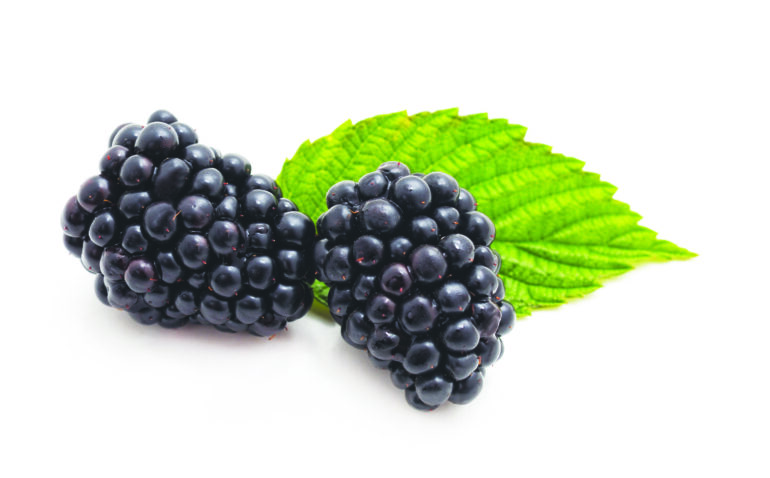 When my little brother and I were growing up, lots of folks lived mostly off the land. Each spring Mama would hand us tin pails and send us forth to forage in our pastures and woods. In early spring we’d pick huckleberries. Later the raspberries and large blueberries in our grandfather’s orchard would be ripe. He also had apple and pear trees.

Once, in the sweltering heat of late summer, we were picking muscadines. Being mindful that ants and wasps like them too, we’d look them over carefully before popping them in our mouths. But we got to talking, and I forgot to check one. You haven’t lived till you get stung on the tongue by a black wasp. I couldn’t close my mouth for two days.

Daddy found lots of succulent treasures as he walked around checking on our beef cattle and sheep. He’d come home with plums, strawberries, quince, dewberries – whatever was in season. Then Mama and Grandma would make delicious pies, jellies and jams.

Gathering blackberries was our least favorite job, what with brier scratches, profuse sweating and sunburn. On top of all that we had to keep a sharp lookout for snakes… and wasps and ants and yellow jackets. But it was well worth the effort when dessert was blackberry pie with whipped cream fresh from that morning’s milking.

We had for a neighbor a gentle old man that everyone called Uncle Johnny. He walked everywhere he went, following old paths through the woods, and never came visiting empty-handed. Among other foodstuffs, we were gifted with fish he’d caught in the river and rhubarb from his garden. But our greatest delight was jars of honey, complete with the comb and two or three dead bees. Uncle Johnny was an expert at finding honeybee trees and extracting their product without getting stung.

By the way, here’s my opinion of rhubarb: Nobody could possibly ever sweeten it enough to make me like it.
There are still many edibles in the woods and fields. You just have to know for certain which ones they are.
Autumn brought us bushels of nuts if we got ahead of the squirrels. Black walnuts, pecans, hickory nuts and chestnuts were plentiful and made delicious pies or snacks. Mama even experimented with acorns, but I don’t recall anything good ever coming of that.

A visit from Lida

Game was plentiful and many people hunted if they didn’t own enough land for raising farm animals. Nearly every family had a vegetable garden and their own well. This area has many underground springs, so the water is sweet and clean.

Folks also owned pigs, laying hens and milk cows. Of course at some point in their lives many animals had to become food for humans. Being tenderhearted, on those days I always hid far away in the woods until sundown.