I up and quit third grade! 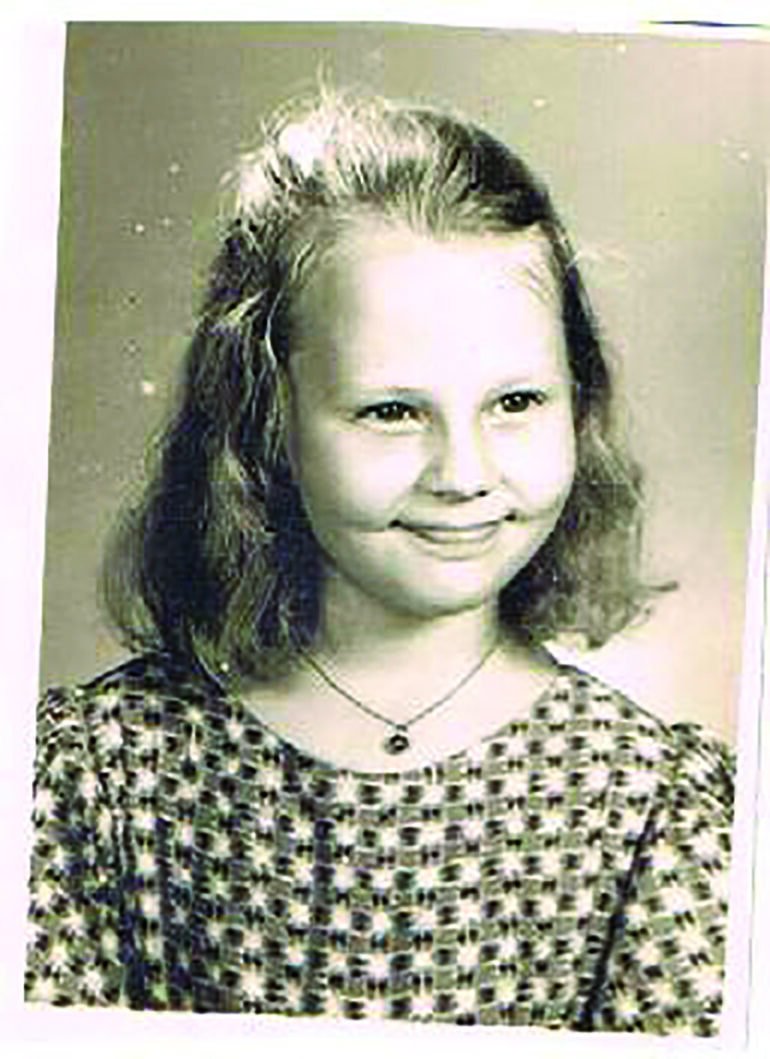 The deep dark secret I kept from my daughter when she was a child was that I quit school in third grade.
You may wonder how and why. Well, the how was pretty tough. There was an incident at school and from then on out, I felt like I couldn’t go.

If I was forced, I’d wait till no one was looking and I’d leave, headed for home, just like the cows at feeding time.
At first, I imagine that caused quite a stir when the teacher realized I was missing. But I guess after the third time or so, they knew I’d slipped off home.

These episodes became more and more traumatic. I would cry and beg not to go. I would get so distraught I’d throw up. My parents would stand in the driveway and we’d all pray. They threatened to spank me; they tried to bribe me with five dollars for every day I could stay at school.

I never earned the first penny.

The school offered for me to switch rooms, and even skip on to the fourth grade. I panicked even more. I didn’t want to change my room with my friends and teacher.

Oh, I wanted to go to school. Each evening I called my friend Trish, who sat in front of me back when I did go to school. She would give me meticulous instructions for what to do to catch up in class, and what our homework assignments were.

I’d put my books and notebooks along with my purse and lunch money by the front door. I would lay out the clothes I planned to wear.

But come morning, I just couldn’t do it.

Finally, in desperation, my parents drove me to Gainesville to see a child psychologist. Now, this was 1963. It was very unusual for anyone, much less a child, to see a psychologist.

I remember I really liked the young man. I also thought he was cute! But he was pretty clueless as to what was going on. He suggested maybe it was because Daddy had started working at Lockheed and I hardly saw him through the week anymore. I imagine the psychologist guessed that because it was the only change in our home before my lack of enthusiasm for school began.

But I knew (and know) that wasn’t it. I mean, I loved my daddy, but I was confident he was coming home every night, and it was just us on Saturday while Mother worked. He was home all day on Sunday, too.
And I was happy anywhere, as long as it wasn’t school.

The last day I was forced to go, Mother walked off and left me with the principal restraining me at the front of the school and me crying hard and pleading not to go in the building.

Mother told me years later she went on to work and broke down herself. She told her co-workers if I never went to school another day in my life that was the last one I’d be forced to go.

So, it was arranged that I would go each Friday to the principal’s office and take all the Friday exams, but not have to stay any longer.

I did attend the last day (with Mother staying) for the party and playground fun on the new equipment.

Otherwise, my granddaddy came and got me every morning before Mother went to work, or before Daddy left for work.

I made straight A’s that year, and the teacher didn’t fudge, either. I loved schoolwork and had always loved school. Other than my attendance record, my report card looked good.

When fourth grade started, I was fine and resumed going to school as usual. (I remember getting sick on into the school year, and the teacher was afraid to let me leave. I think they all just knew I’d started all over again. No, I really was sick.)

Many years later, my grandmother was in the hospital for tests.

My daughter was 10 months old and my niece was 13 months old. It was Easter Sunday and we took them all dressed in their finery to visit. As they toddled down the hall, many of the patients got a big kick watching from their rooms, and all the nurses oohed and ahhed over them. When we reached her room, of course she was delighted.

Cousins by Blood, Sisters by Heart

Amazing how different hospital strict protocol has changed in 30 years.

Her roommate just happened to have been my third grade teacher.

She related to me how she’d go home at night and cry about me, wondering if it was something she’d done to make me so unhappy.

She was in her 90s and still remembered it as though it was yesterday, it had been so traumatic.

I reassured her it had nothing to do with her at all. I loved her as a teacher and praised her for how patient she had been and how much trouble she had gone to making it as easy on me as she could.

Now, you are probably wondering what in the world happened to cause me such distress and unhappiness.
You and me both.

I know a person it involved, but the rest is as closed off to me as it is to you.

We can both speculate, but speculation isn’t fact.

And I figure if I still don’t know after all these years, it’s probably best I don’t find out.