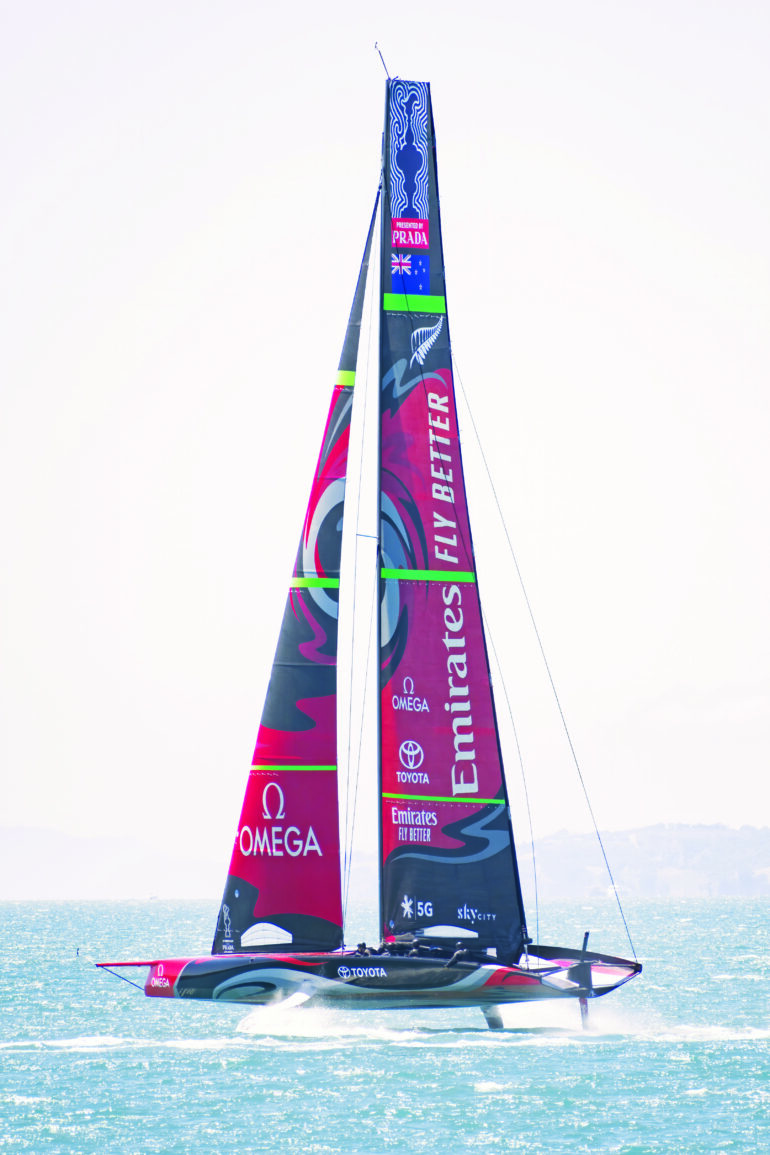 When I have a really hard time falling asleep, I do what I’m sure most people do, I attempt to think of nice stuff. That never involves counting sheep, but dreams of sailing a nice boat on open waters are, for me, more effective than the most powerful sleeping pills.

Sleek, fast sailboats have something sensual about them, and as sensuality of the more common sort is beyond me at my age, I stick to fantasizing about sailboats. I also like to eat, but I never fantasize about that. I don’t have to as I can still do it very well, and our refrigerator is usually well-stocked.

From experience, I can assure you sailing is mentally rejuvenating and physically invigorating. There are some minor risks, such as falling overboard and drowning, which should not be a serious concern while fantasizing in bed, covered by a down duvet.

Were it not for that risk of falling overboard, I might now be on a sailboat instead of writing about it. I imagine myself alone, or in the company of my two loyal dogs, on a small sailboat out on the open ocean.

As I am a modest man of modest means, the size of the boat is a modest 28, or at most 32 feet. It is sloop-rigged with a single mast, a mainsail, a jib, and an optional gennaker. For you landlubbers, a gennaker is a very large balloon-shaped foresail that is mostly used in lighter airs on reaching and downwind courses. On a sailboat, reaching is sailing at an angle of about 90 degrees to the direction of the true wind. The true wind. . .Oh never mind.

The boat I am sailing, under the cover of my duvet, is similar to the boats I used to sail and gave sailing lessons on during the many years I lived in St. Petersburg, Fla.

It is equipped with self-steering gear, and the sails can be controlled from the cockpit, the uncovered part of the boat that has no resemblance to the organ it is named after.

I am straying and need to get back to the subject. So, here I am on my little boat sailing the Gulf of Mexico, on my way to Cancun. It is late in the afternoon, and the breeze is fresh and the weather warm. The forecast is good with strong, but manageable southerlies for the next 24 hours. At my current speed of 7 knots, about 8 miles per hour, I should reach my destination by noon the next day.

Time for a glass of Pinot Noir and I suppose I should eat something light. I go down the companionway to the sparsely equipped, but comfortable cabin, where I light the gimballed stove, dump the contents of a defrosted pack of mushroom Florentine into a small pan and pour myself a glass of wine. Its fruity aroma and tart taste stimulate my appetite, and I eat the simple meal of portobello mushrooms, spinach, and goat cheese.

Fully relaxed I listen to the flushing sounds of the warm Gulf waters against the hull of my little vessel, and while my dogs keep watch, fall soundly, into a well-deserved sleep.

Some of you that prefer to get around our waterways and oceans on noisy, carbon dioxide spewing stinkpots, may want to argue that falling asleep on a sailing slowboat is no great feat of magic, and that sailing should in fact be recommended as a type of therapy for insomnia.

I do understand your love for speed, and if speed is what you’re after, I would like to recommend you try sailing— as a passenger, please — on a hydrofoil-equipped sailboat that can easily reach velocities of three or four times the speed of the wind.

For example, the 13-foot Laser, a single-handed dinghy, equipped with hydrofoils, has been clocked at more than 25 knots or close to 30 miles per hour.

The 36th America’s Cup was completed in 2021 in New Zealand and was contested by boats from the USA, Great Britain, Italy, and New Zealand on foiling monohulls of 75 feet, that regularly achieve speeds approaching 60 mph.

After a series of knockout races, the final between New Zealand and Italy ended with New Zealand taking the cup home again.

For those readers interested in taking a closer look, check out America’s Cup 2021 on YouTube. “Flying” these sailboats requires great skill and experience, and what’s more, their form of propulsion – fresh air – is a fully renewable source of energy. Also, I promise, you won’t fall asleep watching these boats fly around the racecourse.

Herman Thorbecke, who has lived with his wife in Northeast Georgia for about 10 years, has published a number of books, mainly for children. He is also a regular contributor to a Dutch language monthly “de Krant,” published in Canada. He is a member of a small writers club in the Clarkesville area.