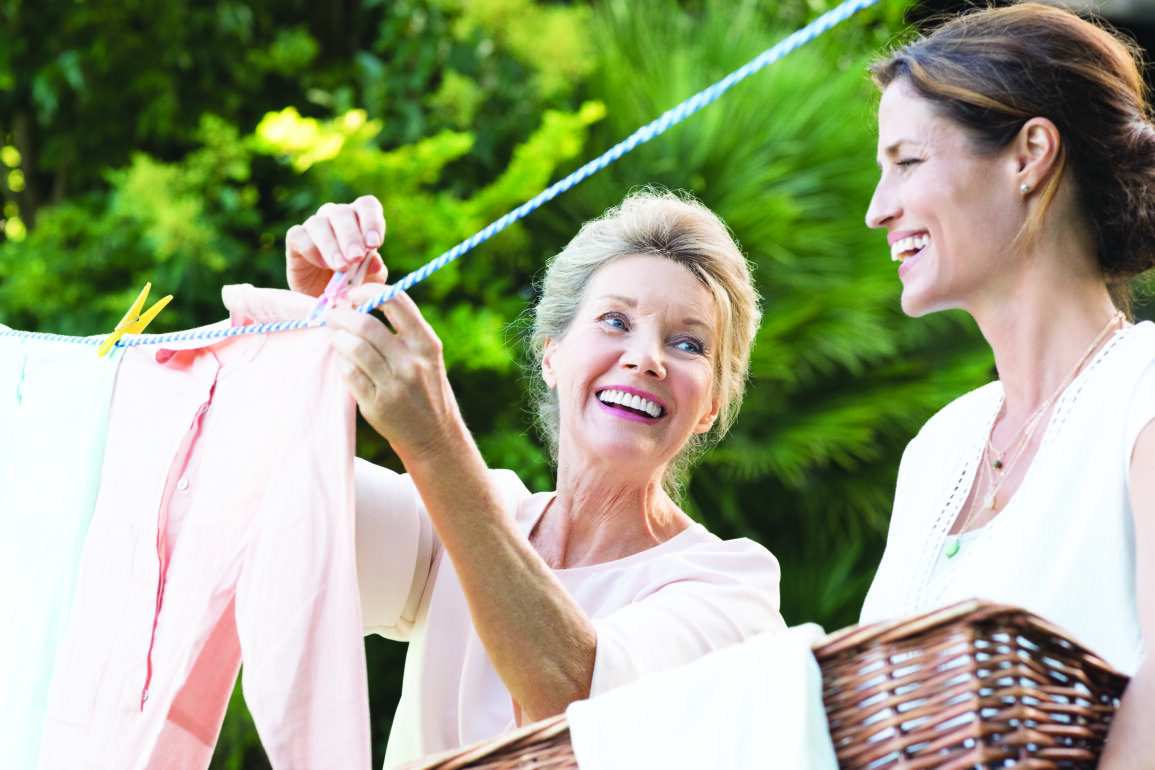 Clotheslines: Sure, dryers are more convenient but…

What I am about to say usually elicits gasps of disbelief whenever I mention it, but I swear it is the truth…I never owned a clothes dryer until 2010.

I always loved the smell of laundry dried out in the fresh air, especially bedding, so for over 35 years I used one of those spiffy umbrella-type aluminum clotheslines.

When my husband first set it up in our yard, he made sure it would last forever. He dug a deep hole, stuck the pole into it and then filled it with enough concrete to pave a parking lot. Unfortunately, a tree landed on the clothesline shortly thereafter and bent the umbrella part into what looked like a lopsided, abstract aluminum sculpture.

But the pole still was solidly stuck in the ground (and probably will remain there until New Hampshire is hit by an earthquake strong enough to dislodge it from its foundation).

Over the years, I hung many loads of laundry on my bent, broken clothesline. I learned to hang the long items (sheets, nightgowns, etc.) on the high side, and the short items (socks, washcloths, etc.) on the low side. I also had to walk around the clothesline when hanging things because the top of it was too disfigured to turn.

I think not owning a clothes dryer for so many years was hereditary. My mother never owned one and never wanted one. In fact, she, being somewhat of a clothes-drying expert, taught me everything I currently know about hanging clothes outside.

First and foremost, she taught me that it’s very important to hang sheets or towels in front of any “unmentionables” to conceal them and avoid attracting unsavory characters.

Although I always strictly followed that rule, the strategic placement of my unmentionables on the line actually never was a big concern of mine. I mean, my underwear was so big, I figured the only unsavory character it might attract would be someone like a pirate looking for a new sail for his ship.

My mother also taught me that hanging wet clothes outside in below-freezing temperatures resulted in a condition known as “clothes-sicles,” where clothes quickly froze into solid sheets of ice and could stand up by themselves.

The worst thing about clothes-sicles was that when you brought them indoors to thaw, they usually were just as wet as when you first hung them out…only much colder.

But the most important rule my mother taught me about hanging laundry outdoors was to vigorously shake all of the clothes before bringing them back inside. Anyone who’s ever found a wasp in her bra will not question this rule.

I learned the hard way that clothes will not dry outdoors when the humidity is high and the breeze is low. I once left a load of laundry hanging outside for so long during a humid spell, hoping it eventually would dry, it grew mold and made everything look tie-dyed.

When my husband complained, I reminded him that nothing beat the fresh-air smell of clothes dried outdoors. “Try to get THAT from a clothes dryer!” I told him.

Unfortunately, the people who moved in next door to us all but ruined that defense. They decided to set up their barbecue grill about 20 feet from my clothesline. I swear, they must have cooked three meals a day on that grill, which smoked worse than a pile of burning tires.

As luck would have it, the wind never failed to carry their barbecue smoke directly toward my laundry, where it permeated every fiber. My husband and I ended up smelling as if we’d bought all of our clothes at a fire sale…with a hint of garlic and oregano thrown in. “Why am I suddenly craving spare ribs?” I asked as I slipped into my freshly dried nightgown one night.

Alas, one of the casualties of one particularly bad winter’s heavy snowfall was my beloved clothesline. It ended up in such bad shape, with the pole nearly bent in half, I no longer could hang even hang a pair of socks on it.
“So what do I do now?” I asked my husband one night as I stood holding a laundry basket heaped with wet clothes.

He looked thoughtful for a moment, then said, “Well, I can’t put up a new clothesline until the ground thaws in the spring, but I guess I always could string up a clothesline indoors for you – from one bathroom wall to the other. In fact, I could put it right over the bathtub, so you won’t have to worry if the clothes drip.”

I frowned at him. “Yeah, and then we can buy a couple live chickens and a goat, and let them run around the house, too, to complete the look!”

It got to the point where, especially in the winter, I had laundry drying over the shower rod and on so many folding racks near furnace grates, my husband finally insisted we buy a dryer.

“I think I’m getting diaper rash,” he complained one night after he’d been forced to wear a pair of damp, black dressy slacks and soggy BVDs that hadn’t quite dried in time for his big meeting at work that day. “It’s time to get a dryer.”

So I reluctantly gave in and finally bought one…under protest.

I must confess the dryer has made my life much easier, but I do miss the “fresh air” smell of my bed sheets. And now that I’m not using solar energy to dry the clothes, the electric bill has gone up.

However, I can’t say that I miss finding June bugs in my jeans.
*
Sally Breslin is an award-winning humor columnist for Senior Wire and the author of “There’s a Tick in my Underwear!” “Heed the Predictor” and “The Common-Sense Approach to Dream Interpretation.” Contact her at:
sillysally@att.net. 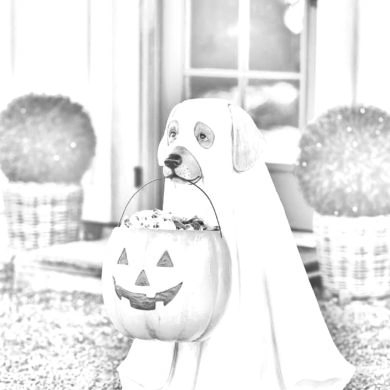